After leaving U.K. (but before the original Bruford band had fully gotten back up to speed to record a new album), Allan had an opportunity to record a demo track for Virgin Records called "The Abingdon Chasp". In this session he was joined by Bill Bruford, keyboardist Jeff Young (later Steely Dan, Sting, etc), French bassist Francis Moze (Gong), and alto saxophonist Ray Warleigh (a long-time jazz partner who had "discovered" Allan back in Bradford). The Calyx-Canterbury Holdsworth chronology lists this demo's recording date as late 1978, but it only recently surfaced officially on 2016's Tales From the Vault Pledge release. When Virgin decided to pass on the track, Bruford suggested to Allan that they rerecord it for the upcoming Bruford album, One Of A Kind.

"Usually I have an idea for the title of a piece first, before composing the music. "The Abingdon Chasp" was an exception to this approach. The piece had been sitting around for a long time without a title. In my travels seeking out fine ales, friends and I would frequently drive many miles to Oxfordshire to a Morland house. That is a pub which exclusively serves ale from the Morland brewery, which is located in the small town of Abingdon. Morland was one of the best ales available in that part of the country. The Morland trademark is a little fellow holding an artist's paintbrush in one hand. In the other hand he holds a glass of Morland ale, which he is studying carefully. Often in England, guys are called chaps, and after they've had a few pints, "chaps" might be pronounced "chasp." Hence, the Morland brewery trademark came to be known as "The Abingdon Chasp." I named the tune after that fictional character who lives on the walls and signs of Morland houses - it was written at a time when friends and I would drive a long way to taste the Abingdon Chasp's brew."  (16)

When asked about this demo in a May 1979 Oor Magazine interview, Bill Bruford answered:


"He recorded a demo for Virgin, but they didn't follow through. The music was too 'eccentric' for their tastes. He's a fabulous improviser. He's going to try something else. But even if he records a solo record, he'll remain in the (Bruford) group."

The Abingdon Chasp: Musical Analysis:
This late '70s Vault cut is notable for being the only officially-released studio recording of a solo Holdsworth project between 1976's Velvet Darkness and 1980's I.O.U., and somewhat bridges each of those two eras. It's also the only recording of altoist Ray Warleigh with Allan (although a couple 1980 BBC3 broadcast performances also included Warleigh on the sessions). It's doubtful any other songs were recorded during this date, since this one song was already quite a handful for one session. The tune has many rhythmic variations and solo sections, a tendency Allan might have picked up from all of the highly-structured Bruford and U.K. songs he had been playing for the last couple of years. "The Abingdon Chasp" also employs double-tracked harmony guitar lines, a technique heard earlier on Allan's composition "Shadows Of" (from Gong's Gazeuse!) and also employed on several U.K./Bruford songs. The rerecorded version of this song for Bruford's One Of A Kind album is slightly simpler, compared to the demo, and rearranged without saxophone.


Structurally, this composition is strikingly thorny (closer to Bartok than Black Sabbath, really). The breakdown below presents the structure. As in the above table, capital letters stand for sections, not chords (I probably could have made the ornamented B and C sections into three more variants (B'', B''' and C''), but you get the idea...).
Lead-wise, Allan didn't seem to find it necessary to apply much in the way of "outside" scales, since the unusual chord modulations already gave the solos lots of room for unpredictable harmonic twists and turns - Allan was clearly pushing himself as a composer in this particular song. A formal harmonic analysis would be pretty interesting, but beyond the scope of this blog... 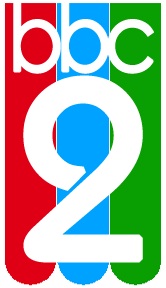 Besides his "rock" sessions with Bill Bruford and U.K., Allan also participated in many adhoc jazz groupings, usually based around Pat Smythe (piano), John Stevens (drums) or Gordon Beck (piano). Once or twice a year, these groups would perform a live session for the BBC, and in these situations many "electric" songs found themselves arranged for a more acoustic arena.

One concert, (probably August 14, 1977) featured Allan and Pat Smythe with bassist Ron Mathewson (John Stevens' Touching On) and drummer Martin Drew, performing an uptempo jazz version of Bill Bruford's composition "Forever Until Sunday" (which would soon be reworked as a rock ballad in U.K.'s live sets). This tune, like "The Abingdon Chasp", was eventually recorded in the studio for Bruford's One Of A Kind release. A second 1977 concert reportedly consisted of Allan, Gordon Beck and drummer John Stevens, and featured free improvisations (probably the same concert as featured on John Stevens' Conversation Piece, although that was a quartet which also included bassist Jeff Clyne).

On a BBC2 broadcast from November 26, 1978, Allan performed a version of his composition "White Line" with Smythe, acoustic bassist Darryl Runswick and drummer Harold Fisher. "White Line" would later be recorded as a demo with Jack Bruce and Jon Hiseman on the "Sherwood Forest" sessions (see below), and eventually featured in its final form on I.O.U. as a vocal rock song. Besides "White Line", the set also included Kenny Wheeler's composition "Smatter" (from Wheeler's album Gnu High), Pat Smythe's "What Am I Doing With You", and Keith Jarrett's "Questar" (from the album My Song). A third concert with Smythe in 1980 (found in its entirety on YouTube) included the future I.O.U. songs "Letters of Marque" and "Out From Under" (a song co-written by 'Igginbottom guitarist Steve Robinson). Smythe's final addition to Allan's discography was a cut on the 2016 "Pledge" album, Tales From the Vault, which included Smythe's piece, "New Dawn" on SynthAxe and Starr Z guitar/board. 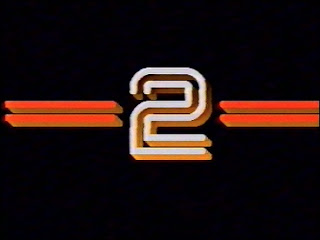 A late 1979 Holdsworth-Beck session was accompanied by drummer John Marshall (Soft Machine), saxophonist Ray Warleigh ("Abingdon Chasp", above), and bassist John Aue (often misspelled as "O'Whey"). This "Jazz in Britain" program would see acoustic versions of "The Things You See", "Every Little Breeze" (a song dedicated to his newly-born daughter Louise), and "Sunday", a reworked version of the opening section to "Nevermore" (from U.K.). The Holdsworth-Beck collaboration would result in two albums recorded in the late '70s, to be explored in detail in the next chapter. The session most significant for the near decade, however, was one featuring drummer Gary Husband and bassist Paul Carmichael. This trio would soon add vocalist Paul Williams to record I.O.U.'s epochal debut album (Chapter 15).

The table below lists the most well-known Holdsworth BBC program broadcasts, although the dates (and some titles) may not be totally accurate. As of yet, the BBC archives have not yet made an official release of these recordings, but some home recordings have surfaced on YouTube and SoundCloud.


Analyzing Holdsworth BBC Recordings
The above tracks are not officially available at this point, but I analyzed them anyways in the link above for archival purposes.


Sherwood Forest Demos
At some point during 1979 (towards the end of the Bruford period), Allan did a studio session with old friends Jack Bruce (vocalist/bassist for Cream, Tony Williams Wildlife Sessions) and Jon Hiseman (drummer in Tempest). This optimistic reunion resulted in what is sometimes referred to as the "Sherwood Forest" demos. It was apparently sent anonymously to various record labels (testing the record labels' "ears", so to speak), but it failed to generate any significant interest. A tour was also planned to begin in April for the trio, but it never materialized.


"I had a blow with Jack Bruce and Jon Hiseman, and we were toying with the idea of trying to get that team together, but it came unstuck because we all had different problems at the same time. We made a demo at a studio during a couple of evenings and turned out half an album. It was that experience, playing with those two guys, that made me realize that I wanted to do something different and, consequently, that what I was doing with Bill Bruford was not the way I should be going… l just wanted to break loose and play the music that I've been working on for a long time."  (16, 6)


This historic 26-minute demo could certainly use an official release from master tapes (if they still exist), but fuzzy copies of the demo tracks can be heard on SoundCloud. Allan offered up two of his own compositions for this project, "White Line" and "Where Is One", both of which would soon see final versions with I.O.U.'s studio sessions. All four Sherwood tracks feature mature Holdsworth solos with extended harmony excursions and sublime tremolo-bar articulations. He is almost definitely playing one of his custom Dick Knight Strats, judging by his thick, horn-like solo tone here.


Next: Back to Beck
Previous Chapter: Bruford: One Of A Kind
Go to the Table of Contents...