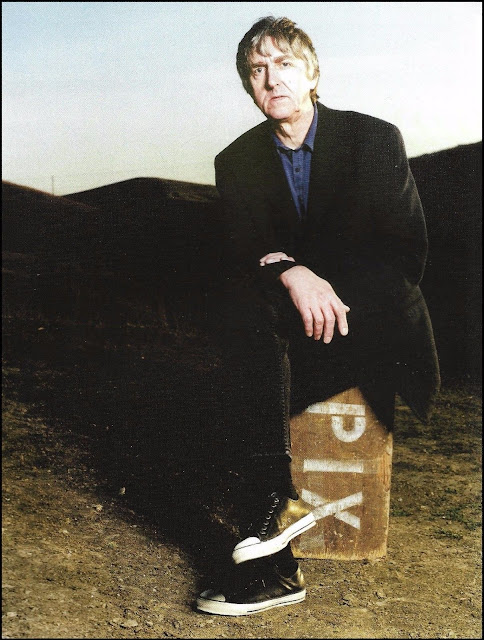 Soft Works: Abracadabra (2003)
The first half of the '00s again saw Allan guesting on several albums from both old friends and new... In 2002, Allan had a reunion with Soft Machine/Holdsworth & Co. drummer John Marshall, joined by some "Softs" whom he'd never played with before: reedist/pianist Elton Dean and bassist Hugh Hopper. The resulting album recaptured the chemistry Allan had with the original Soft Machine, complete with odd time signatures and long saxophone solos. Before and after releasing Abracadabra in 2003, Allan ended up touring with Soft Works as well (which at this stage in his career was somewhat unusual for Allan to do).


"I revisited Soft Machine with the Soft Works project. I felt it was something I should do, but it became a logistics problem with the three guys being in England and me being in America. Another reason for why we didn’t do more is because sadly, Elton Dean passed away. That was really tragic. Before he went on a vacation to Tahiti in 2004, he stopped at my house and spent a couple of days with me. On his last day with me, we went to the golf club to get a few beers, then he left and it was the last time I saw him." (65)


Interestingly, Soft Works (sometimes billed as "SoftWare") tour dates included additional songs "Face Lift" (from Soft Machine's Third), "Kings and Queens" (Fourth), "As If" (Fifth), and "Alphrazallan", a Holdsworth original. "Alphrazallan" was partially recorded with Soft Works (and also partly completed in the studio with Jimmy Johnson and Gary Husband), but was only to surface on the Holdsworth live album All Night Wrong.


Other Collaborations
Below is a continuation of Allan's most notable episodes as a "jazz-rock gunslinger" in the new millenium. As in his '90s outings, Allan tends to play more "accessible" lines as a guest soloist, most likely due to the more conservative harmonies he played over (conservative compared to Allan's own "lunatic" chord modulations, anyways). In any case, it's fun stuff, and in some cases he explored more global (world) music flavors than he ever did in his own compositions.


Next: Blues For Tony, HoBoLeMa, Crossroads, Tales From The Vault
Previous Chapter: All Night Wrong, Snakes and Ladders, Piano Interpretations