"I got Dick to make a decent neck for the body that I had, and then I cut out a cardboard scratchplate and generally started work on turning it into the guitar that I wanted. Eventually I cut out the tone controls and reduced the Fender system to just one tone and one volume, because I find simple guitars that much more effective. What I've got now is effectively a Strat with two humbuckers, fitted and arranged so that I can have either pickup but not both. Those original pickups that I fitted were genuine Gibson P.A.F.'s which I'd taken off previous SG's that I'd had. The sound really came up to expectations - it was a very bright guitar, just what I'd always hoped it would be."  (5)

Stylistically, he found time to do some woodshedding as well:


"I find it rather hard to talk about my technique to a great extent. I can't say that I sit and think that much about it, although, of course, I do think about music. Like, I'm fascinated by scales. Recently, for example, I sat down and played around with chords and scales trying to find as many different ways of running into chords using different scales as I could. Like, I'll take two triads and play them against each other with as many different notes as I like the sound of between them. Then I tried mixed triads like a major and a minor in different keys so I did one set keeping one key as constant."  (5)

Gong - "Gazeuse!" (renamed "Expresso" in the US)
Allan also obtained new management with Nikolas Powell (formerly with Virgin records), and began a relatively short stint as a member of the latest incarnation of prog rock group Gong. Just as in his collaborations with Nucleus and Soft Machine, Allan always seemed to find himself in the "twilight" years of these prog-rock bands for some reason... 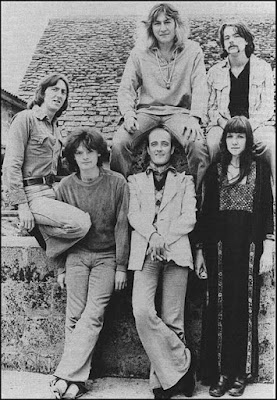 "So that's when this thing came about with Gong. I got this call from Nikolas Powell, who actually managed me for a while. He split from Virgin Records and wanted to get involved in the video stuff. He really helped me out. In fact, it was Nicholas Powell who gave me the free studio time on the barge to record the IOU album.

"Anyway, Nicholas Powell said that he had this band, Gong, on their label who were looking for a guitar player. So I said, sure, because at that time it didn't look promising, going back to the land of pawning guitars! So I did. I played with them and was intrigued with the line-up... I thought it was a fascinating group. So we did that first album. And then I got another call from Tony (Williams) to go back again, and it was a really tough one, and this time I decided not to go. And then I guess I went from Gong to UK, because I met Bill (Bruford) during that period....

"They (Gong) were all French. It was great – they would have these terrible arguments and I would have no idea what they were going on about! In fact it was a good thing I couldn't get involved... in fact they were all probably talking about me..!"  (40)

Gong - "Expresso II"
Holdsworth only recorded and toured with Gong for about 5 months in the latter half of 1976, but he soon returned to play on a few tracks of the band's next album, "Expresso II" (1978). It's interesting to chart the development of Allan's solo style here into more exotic harmonic territory (although he didn't contribute any full songs). Bassist/guitarist Hansford Rowe recalls the experience:

"When Pierre played Gazuese! for me in New York City, I heard Allan for the first time. I was into Miles Davis, Chick Corea, Steely Dan, and Earth, Wind and Fire. When I heard Allan’s guitar playing and Pierre’s drumming, I was ready to drop everything and head off to the unknown in Paris. I wrote “Soli” knowing Allan would be soloing. He was as idiosyncratic in the studio then as ever, but also jovial and funny as hell. Allan didn’t really enjoy recording in the normal sense. Recording is a paradox. When being creative, you have to risk breaking things and having accidents. It’s not really creative without some destruction and that causes stress and suffering. We all find ways of managing this. If you don’t, nothing gets finished. Once when we played a show in London with Allan, he had at least 10 pints before going onstage. He played great. We all were pretty resilient in those days." - Hansford Rowe interview with Innerviews (Anil Prasad, 2017) 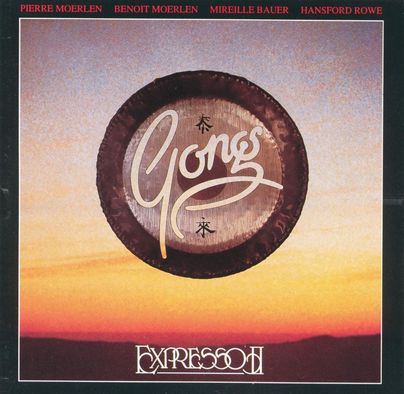 
Allan also drops in a solo on track 9 ("Arabesque Intro") of Gong's Time Is the Key (1979). His contribution there is only a little over a minute long, but it's a nicely idiosyncratic solo, also reflective of the further, more exotic harmonic areas he was exploring at that time. There's a weirdly harmonized solo on track 11's "Esnuria Two" which is probably Allan as well, although it almost sounds more like a guitar synth than a guitar. Contrary to the album credits, however, he is not obviously heard on any other tracks. 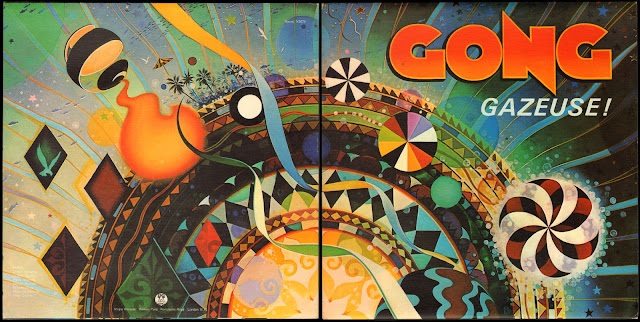 Next: John Stevens and the Spontaneous Music Ensemble
Previous Chapter: Velvet Darkness and Million Dollar Legs
Go to the Table of Contents...