A brief run-in around this time with American jazz-funk bassist Alphonso Johnson (Weather Report) would have big repercussions in the following years, but 1974 would first find Allan bouncing back into English jazz rock, and a reunion with some old Nucleus mates.

Brian Blain was a huge fan of Allan's playing and conspired to add him to several Musicians' Union clinics as a guest.  One of these mid-November clinics (at Ilfracombe) featured the ever-evolving progressive group, the Soft Machine, which at this time consisted of original keyboardist Mike Ratledge with various "graduates" of Ian Carr's Nucleus ensemble: Roy Babbington (bass), Karl Jenkins (reeds/keys), and John Marshall (drummer, also in Pat Smythe's jazz band).  Allan describes these clinics:

John Marshall: " I suggested getting Allan in on it and if it worked out, then great! And if it didn't then, you know, it's only a workshop. It was a perfect situation to see if it worked because you never really know. But it worked out, we all enjoyed it and Allan joined up."  - conversation with Sid Smith for "Bundles" 2010 reissue liner notes.


After 4 or 5 clinics with the Soft Machine, Allan played his debut concert as an "official" member of the band at the Roundhouse in London on December 23rd, followed almost immediately by tours of Europe and North America throughout the next year (1974).  In the summer, they squeezed in some dates to record the album Bundles, although the LP itself would not be released until several months later in March of 1975. 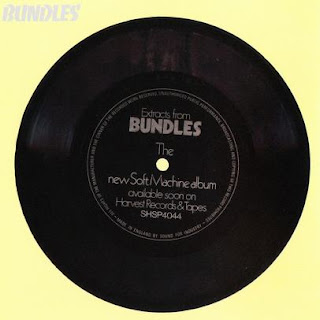 Musically, this group took from both the modal funk jazz of 1972's Nucleus and the power chord blues-rock of 1973's Tempest, but was uniquely characterized by Soft Machine's own brand of hypnotic (and ultimately textural) grooves. In this band one could also start to see the beginnings of Allan's career as a "jazz-rock gunslinger", much like the featured saxophonist in a jazz combo. For the most part, Allan here played heads, bass riffs and solos, but not much in the way of chordal accompaniment (at least on the studio album).

Melodically, Allan was finally freed from having to "sound like someone else", and seemed delighted to truly explore his lead style at high volume and without the time restrictions of a "song band".


"There was a lot of freedom in the group. Most of their pieces were quite simple harmonically, but they were in odd time signatures, which was something going on at the time. I can’t count anyway, so everything is in '1' to me, but I really dug it. I love Karl, John, Roy Babbington, and Mike Ratledge.... It was a lot of fun. It was in Soft Machine that I really began to develop my own sound." (edited from 4, 65, 75)

In fact, his solo on the song “Hazard Profile” (a reworking of Karl Jenkins’ old Nucleus song “Song For the Bearded Lady” from the LP We'll Talk About It Later) was his longest solo on record up to that date. This song was a natural for Allan to stretch out on, as he'd already played an "embryonic" version of this tune on some early Ian Carr Nucleus gigs.


John Marshall reports: "…that take of “Hazard Profile”, the very long one, and the long one of “Bundles”, were just first takes. In fact ,we were very unhappy with the sound. But the performance was so good, especially from Allan, so we decided to use it anyway. There might be an edit here or there, but in fact they're live performances in the studio... Things changed over time. Six months after recording a piece it was quite likely we'd be playing it - not massively different, but significantly different." - Soft Machine: Floating World Live, Aymeric Leroy 2005 liner notes.

In 2010, Marshall added: "...with Allan it's a different kind of thing. He arcs over the top, and you just have to find your place. This is in no way a criticism - it's just the way he plays. But on the 'Bundles' album you really hear him digging in with the rhythm section in places and it's a different kind of playing than you'd normally get from him - and I love that! There's a couple of moments where you just go 'WOW!'  He just nails it.  Fantastic." - conversation with Sid Smith for "Bundles" 2010 reissue liner notes.


During this time, Allan could be seen playing his white Gibson SG Custom, seen above at Montreux, with stickers featuring Minnie Mouse, Cinderella, etc.. The Gibson ES-335 was mostly retired, but still used on the album in a few places (including "Hazard Profile", as reported by Holdsworth's friend Chip Flynn). At some point during the mid-70s, Allan also developed a relationship with luthier Dick Knight and his son Gordon, who would do custom body-work on Allan's guitars in England throughout the decade (although Allan would reserve the internal wiring work for himself).

During the Fall of 1974, Allan briefly took time out to record with an ensemble led by Tony Williams and Jack Bruce in Switzerland (this will be covered in more detail in the next chapter devoted to Tony Williams' groups). 1975 included more European touring with Soft Machine (including a Radio Bremen performance released as Floating World Live) and the long-awaited release of Bundles on Harvest Records (EMI). However, Allan's restlessness would soon take him back to America for his first extended stay. 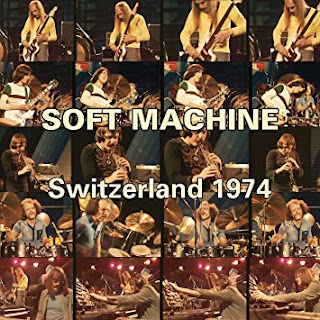 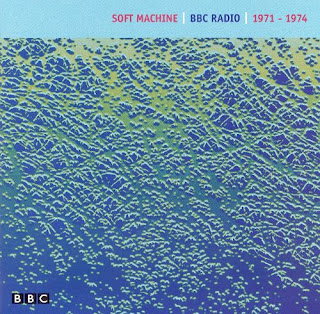 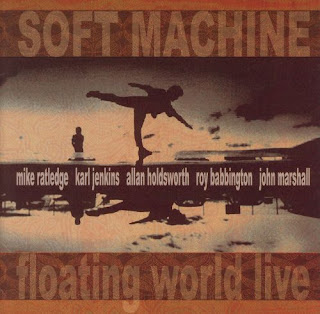 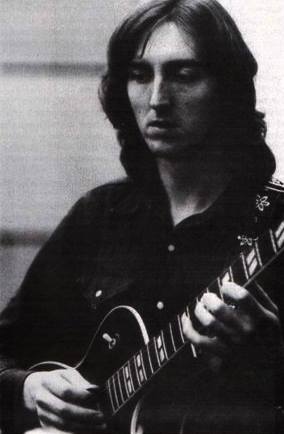 
Go to the Table of Contents...